An emerging leader in the fight against TB 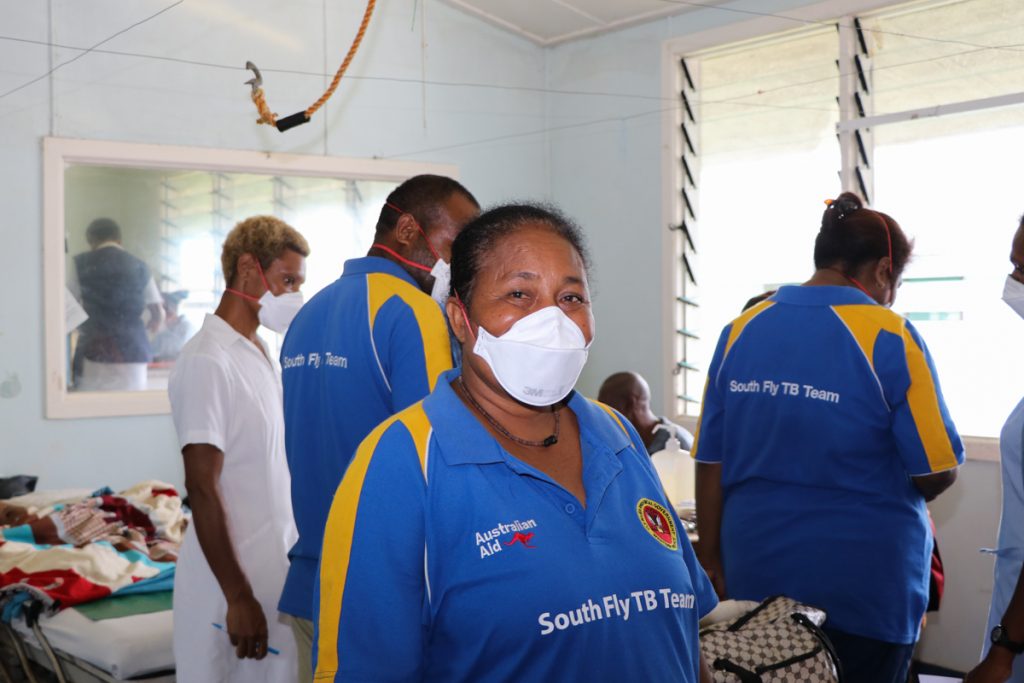 With 25 years’ of health sector experience Galeva Sere knows how important operations are to a functional hospital.

The surgical facemasks permanently affixed to staff on the wards at Daru General Hospital are a constant reminder that they are at the epicentre of the fight against tuberculosis (TB).

With nearly three decades of experience in the health sector, Galeva Sere understands all too well that keeping a hospital running smoothly is a matter of life and death.

In 2017, Galeva took on the position of corporate services director at the hospital. It was her first foray in to management and, having spent 25 years’ on the clinical side of the sector, she knows how important operations are to a functional hospital.

“It’s very challenging work,” Galeva said, “The staff have different responsibilities and different levels of experience – some are still learning.”

“Previously the hospital functioned at the level of a health centre, but things changed because of the TB – there were more patients and a greater demand for doctors.

“We have to make sure the standards at the hospital are kept up and that doctors have all the materials they need.”

Galeva’s areas of responsibility include human resources, accounts and budgeting, maintenance, transport, security and hygiene – all central to keeping the hospital operational, and ensuring the safety of patients and staff.

Her appointment was part of a process of revitalisation, led by Chief Executive Officer Orpah Tugo, which has seen the facility upgraded to a level five hospital.

The number of staff tripled under the new structure and Galeva, with ever increasing responsibilities thrust upon her, was selected to take part in the Future Leaders Program to support her professional growth.

The Future Leaders Program was launched in 2017 as part of the Pacific Leadership and Governance Precinct and is specifically designed to strengthen the core skills of emerging public sector leaders.

Galeva felt her participation was timely and provided an opportunity to develop her leadership capabilities, strategic thinking and policy development skills.

“The Future Leaders Program gave us light on how to manage our areas and be responsible for our duties,” she said.

“It was very helpful and very challenging. We enhanced our skillsets and were given tools to be more competent and thoughtful in addressing issues.”

The nine-month program is supported by the Papua New Guinea – Australia Partnership and Galeva attended three intensive training blocks in Port Moresby, which were run by the University of Queensland and local training partners.

On each trip to the nation’s capital she undertook coursework and, perhaps as important, shared experiences and collaborated with public sector peers from around the country.

“There were opportunities to meet others and exchange ideas – this included having lecturers that came from different disciplines, departments and countries – I learned so much in there.”

“I also learned about the importance of networking and partnerships – in terms of sharing ideas, knowledge and skills.

“Working together, we improved our ways of planning strategically, managing projects and dealing with stakeholders.”

As part of the FLP, participants were also tasked to create their own projects to apply back at their workplaces and create positive change within their organisations. 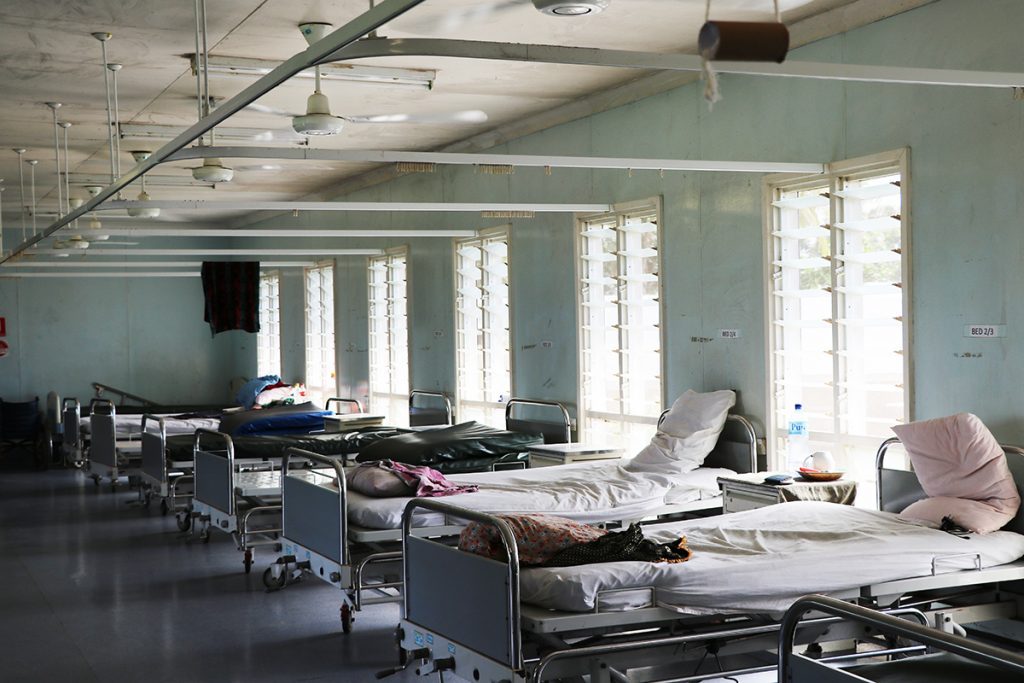 Operations staff, such as hygienists and cleaners, are vital for keeping the hospital environment clean and safe for employees and patients.

Galeva immediately saw the opportunity to ensure the clinical risks related to infection control at Daru General Hospital were being addressed – a topic particularly pertinent given the very real TB threat faced each day by hospital staff.

“My workplace project is to ensure that critical risks related to infection control are properly addressed and managed at Daru General Hospital,” Galeva said.

“I have to implement risk management – improving the quality of patient care and the well-being of our staff.

“I drafted a TB policy that has been circulated for input and improvement from a variety of stakeholders, including the Department of Health. That’s something that we are happy has taken place.”

The infectious nature of TB and the severe consequences of contraction mean that cleaning and hygiene are vital at Daru General Hospital.

“When it comes to risk it’s not just about clinical staff – it’s about the hygienists too – and that’s my area of responsibility,” she continued.

“It’s all about detail – they need to know how to clean the wards and even wear appropriate attire.”

The way Galeva engages with staff is different now. She’s more patient and encourages them to see the bigger picture.

“They are important and have a role to play in the hospital,” she said. “We have to make sure there is safety in the environment. We are moving faster and being more creative and innovative in our ideas.

“The staff now know what is required of them and can see the positive results. They are taking ownership – it’s their workplace, their hospital and their people.”

Galeva believes the Future Leaders Program enabled her to work more effectively as a manager and be an inspiration as a leader in the fight against TB.

Daru is one of the highest TB burden areas in Papua New Guinea and cases of the extremely-drug resistant TB have also been diagnosed in this area; around 500 new cases are detected each year. TB patients require medication for almost two years.

The Australian government through the Papua New Guinea-Australia partnership has supported improved treatment in Western Province through the establishment of five outreach posts on Daru Island to improve community-based treatment in South Fly and also in Middle Fly.

Australia is committed to working with the PNG Government in its response to TB in Western Province and the rest of PNG.