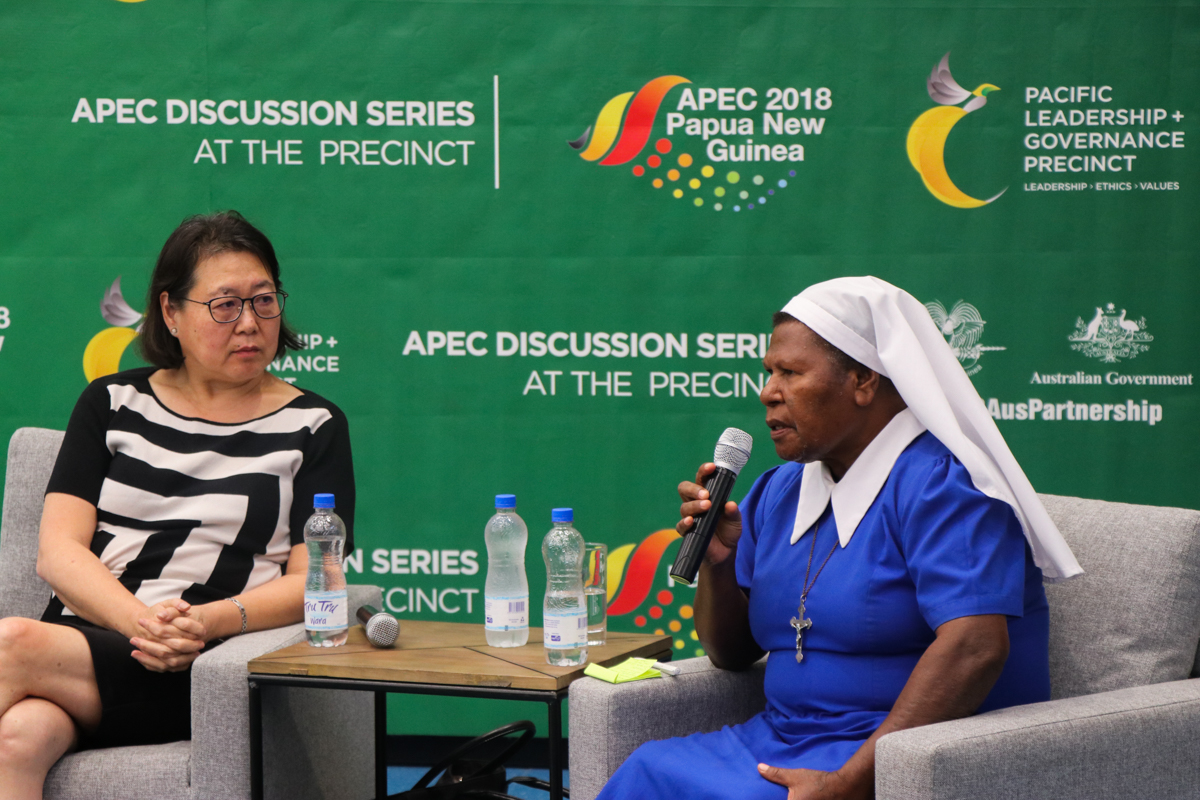 The APEC Discussion Series at the Precinct provided Papua New Guineans unprecedented access to visiting international and local experts and the APEC discussions taking place throughout 2018. The discussions explored a range of APEC themes and policy issues that are important to Papua New Guinea and the Pacific.

More than 3,500 people attended nine public events, including high school and university students, and a cross section of representatives from international and national civil society, business and government. Eight of the events were hosted by the University of Papua New Guinea – a core Precinct partner – with another event held at the University of Technology in Lae. The Series was also aired on television and radio by the National Broadcasting Corporation.

Discussion topics were linked to the APEC meeting calendar and covered a diverse range of topics including trade, agriculture, health, mining, women in leadership, small- and medium-sized enterprises, financial integration and digital economy.

The events attracted both national and international media attention and garnered support at the highest levels of government, civil society and the private sector. Collaboration between the Papua New Guinea APEC Secretariat and the Australian Government, as part of the Papua New Guinea – Australia Partnership, was vital to the success of the Series.

The Discussion Series is set to continue in 2019 to explore topics of importance to the people to PNG.